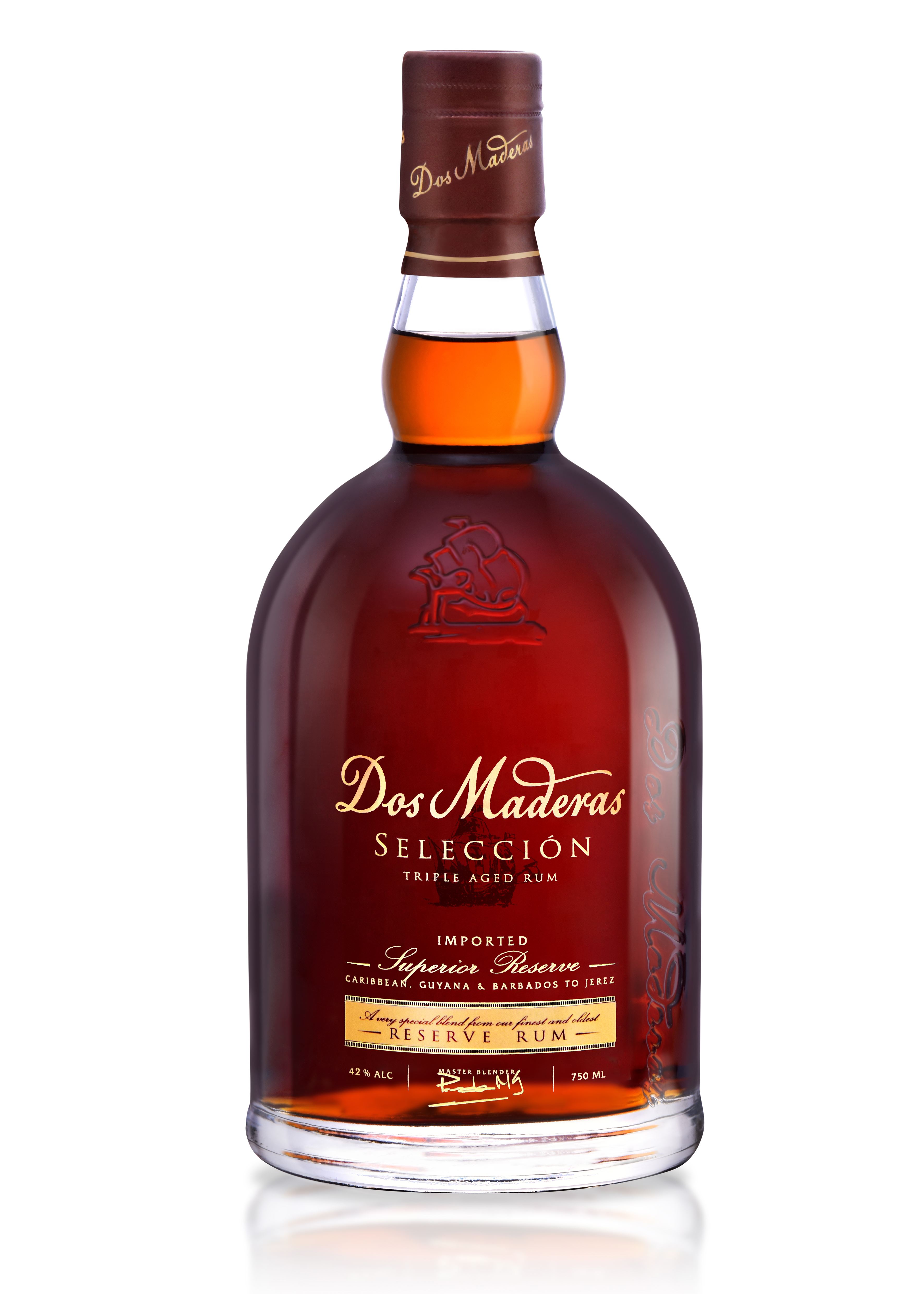 The Ron Dos Maderas family welcomes a new member: “Selección” which joins the range comprised of Dos Maderas 5+3, Dos Maderas 5+5 PX and Luxus. A range that has also completely renewed its design.
SELECCIÓN SPRINGS FROM THE BLENDING OF RUMS THAT PROVIDE THE ESSENCE OF DOS MADERAS 5+5 PX AND LUXUS
In order to fully understand how Selección is produced it is first necessary to consider the other rums belonging to the Dos Maderas Range.
Dos Maderas 5+3 takes its name from the fact that it first rests in its place of origin in the Caribbean for 5 years, in casks of American oak, and is later transported to Bodegas Williams & Humbert in Jerez where it enters the following two-year phase of its ageing process, in casks that have previously been used to age our “Dos Cortados” sherry (Palo Cortado VOS 20yrs). This “Dos Maderas 5+3” rum, once finished, then enters a third two-year phase of ageing in casks that have previously aged our “Don Guido”sherry (Pedro Ximénez VOS 20yrs) for 20 years, thus giving origin to Dos Maderas 5+5 PX. The top of the range Luxus is aged for 10 years in the Caribbean and then for a further 5 years at Bodegas Williams & Humbert in casks previously steeped in PX Don Guido.
Selección, our new rum, is the result of a careful blending of the best rums that go to make up Dos Maderas 5+5 PX and Luxus.
In order to produce this rum, as its name indicates, a prior selection is made from the most select casks of Dos Maderas 5+5 PX and those rums, aged for 10 years in the Caribbean in old casks used to age Bourbon, which form the essence of Luxus. A combination of both provides us with Selección, our new rum.
This singular and unique blend with 42% abv is bottled, without being reduced, straight from the cask (cask-strength), which confers the exclusive aromas particular to a classic aged rum and the marked notes so characteristic of Dos Maderas 5+5 PX: those of sweet Pedro Ximenez sherry aged in American oak casks.
The first sensation in the mouth of this blend of 10-year aged rums is that of a mature añejo dry rum. Then the subtle smooth and sweet notes originating from the old Pedro Ximénez casks lengthen, leaving a semi-sweet extremely pleasant aftertaste.
Selección, the new rum in the Dos Maderas range